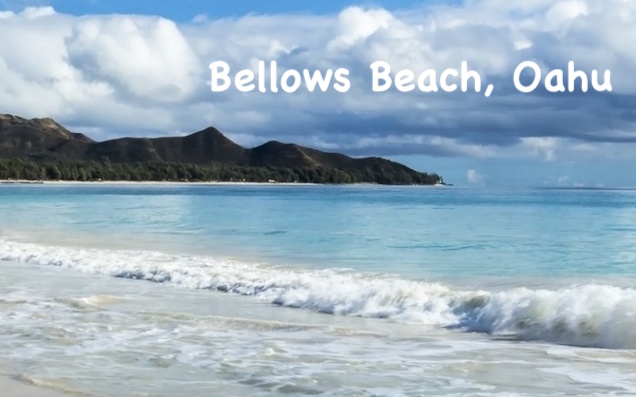 The ship glided across the small chop inside the reef.  Lauren watched swimmers along the shallow waters of the pristine sandy beach take note.

Shapiro pushed a button and a shrill howling began to wail forth from outside speakers.  The ship continued toward the shore as the few people in the water in front of it scattered and ran.  When the vessel stopped it did so in an instant, throwing all forward into whatever was in front of them.  Lauren impacted the back of the padded bolster.  Trueson, who had not braced himself at all, slammed into the bridge console and then slowly slid down to the deck in shock.  The shrill sounds from the ship’s whistle stopped, and the only sound came from small waves slapping against the port hull.

The ship lay dead in the water, perfectly vertical and slightly angled into the beach.  The bow had not reached the beach itself, coming to a stop on a sand bar about thirty yards out.  Beachgoers began to return to the sand and water in front of the bow.

“Perfect,” Shapiro stated, flicking switch after switch on the console in front of him.  “We’re in.  Now all we have to do is deal with the Air Force or the Marines or whoever is really running this place.  We’ve made port.”

“Nice work,” Lauren replied, gathering in the man’s oxygen bottle and helping him unstrap from his own bolster chair.  He then led him past Trueson.  The U.S. Attorney was climbing up from the deck, appearing shaken but uninjured.

“Where did you come from and how did you end up in my life?” Trueson asked, following Lauren and Shapiro through the hatch leading to the Lido deck door.  “This has been a nightmare ever since you came on the scene.”

“I don’t have a clue,” Lauren replied.  “I got a job as a bartender.  All the rest of it’s Shapiro’s doing.  I have a feeling that everything from here on in is going to be up to you though.”

“At least we’re on Oahu,” Trueson said.   “Here I can do something. Out there I felt like I was about to be thrown into deep rough waters without a life vest at any moment.”

“I’m not sure we’re out of the woods but anyone who didn’t feel the way you felt wasn’t paying attention.  Am I going to be charged for shooting Ashton?” Lauren asked as they went through the door into the main saloon.

“Not by us,” Trueson replied.   “International waters.  American citizens must certainly be considered, but the rule of admiralty law is the only thing that applies out there where we were.  It may come down to who was really the captain of the boat, the actual ownership, Ashton’s real identity, and maybe even more.  But I don’t see anything happening unless maybe Yee wants to make some kind of local deal out of it.  The Navy’s another matter, but there was nobody from the Navy aboard or the Coast Guard for that matter.”

“American citizens must certainly be considered.  Only an attorney could think to say something as ridiculous as that, and have it sound as if it was something rational,” Lauren replied, shaking his head in frustrated disgust.

“You have any legal problem with any of this?” he asked.  Yee shook his head, looking over at Ashton’s misery.  “You, Mr. Yakusa?” Lauren questioned.

The man shook his head slowly from side to side as if we as trying to convince some our of control wild animal not to attack.

Lauren turned his attention to Sharon and her patient on the floor before her.

Sharon was working to adjust Ashton’s bandages made from dish towels found somewhere nearby.  The man lay flat on his back moaning, his body constantly moving, writhing in pain from his wounds.

“Is he going to make it?” Lauren asked her, kneeling at her side.

“Oh yes, he’s doing fine.  Won’t even lose any function from what I can tell.  Just a lot of pain.  Those shells you used make wounds that look a lot worse than they really are.”

“Can he talk?”  Lauren inquired, knowing by looking at the suffering man that it was unlikely.

“Maybe with pain meds, but not like this,” she answered.

Lauren leaned back on his heels, and then rose to his feet.  Without a word, he made for the door leading to the lower decks.  Tuck caught up with him on the stairs.

“I don’t think any of those guys are going to be any trouble.  I tossed their weapons overboard, including the stun gun.  If we’re going to get off this thing before the military comes to get us then we’ll need the Zodiac.  You want me to bring it around and lower the gantry?”

Glad somebody’s thinking,” Lauren complimented.  “Yeah.  I’m going to get something to ease Ashton’s misery so he can talk.  We need to know what’s really going on.”

“Gotcha boss.  I have some healthy bonuses to collect in all this.  I have a feeling we have to move fast to make sure you end up with the ability to pay them.”  Tuck took off down the corridor past the infirmary and headed for the Zodiac landing located at the very stern of the ship, where a closeable slot in the port side of the hull allowed for the extraction and lowering of boats using a small rotating crane.

The infirmary hatch was not dogged.  The faux doctor was nowhere to be found inside.  It took five minutes of searching before Lauren found the scheduled drug cabinet.  It was locked with a key-operated padlock.  He began a search for the key but gave up after only a few seconds.  He realized he simply didn’t have the time to be neat and orderly.  Trotting back down the hall in the direction he’d come, Lauren came to stand in front of a small fire station built into the wall at the base of the stairs.  A fire hose and red axe were located behind the glass.  He thought he’d have to find something to break the glass until he tried the small round door handle.  The glass panel snapped out with one twist.

Once back inside the infirmary, it took only two whacks with the ax before the cabinet catch gave way and the door swung open.   The morphine sulfate was easy to find among the many vials of drugs.  It was the only dark yellow bottle among all those available.  Lauren grabbed a plastic envelope holding several syringes, hoping they were close enough in size to use effectively with the morphine.

Returning to Sharon’s side, he slid to the floor, opened the envelope, and took out a syringe that was about as big around as his thumb, and about five inches long.

“Do you know what you’re doing?” Sharon asked as Lauren filled the syringe.

“I don’t think he cares,” he responded, leaning over Ashton.  “Do you care, Ashton?” he said to the man’s pain contorted face.  Ashton shook his head violently, not even opening his eyes. “See?” Lauren said, smiling over at Sharon before sticking Ashton with the sharp needle right through the cloth of the man’s coat and shirt.  He pushed the plunger halfway down and then pulled the syringe out.

“No sense taking a chance on overdosing him,” he said, watching Ashton closely for any sign that the drug was having an effect.

“Here, I’ll give him the rest of it,” Sharon replied, reaching for the half-empty syringe.

Lauren moved it away from her hand.  “Let’s wait and see.”

After only a few minutes Ashton stopped moaning.  His face smoothed out and he looked up at Lauren with half-hooded eyes.

“Thank you,” he whispered with obvious relief, as the drug took effect.

“That’s okay.  No reason for you to suffer needlessly,” Lauren responded.

“I meant for not letting her give me the rest,” Ashton said, breathing in and out deeply after the effort it took him to speak.

“Who are you really and what in hell is going on?” Lauren asked, still holding the syringe out, as if waiting to see if more of the drug was going to be needed.

“You shot me.  Twice.  Why’d you do that?  Why should I tell you anything?” Ashton stated, finally able to speak in a nearly normal voice, his strength obviously returning.

“It’s your call,” Lauren said, handing the syringe to Sharon.

Sharon held the syringe out, pushing the plunger slightly and driving a thin stream of the yellow liquid out of the end of the needle.

“I’m DEA,” Ashton confessed.  “We’ve been given the mission.  I’m to control the special fund for the president.  I was ordered to get it all.  Do you have any idea how important it is to be in charge of a fund like this?”

“So you get a cut too,” Sharon answered.  “We’ve probably damaged just how much that cut would be.  What did you expect to do with the house and ship, anyway? A vacation home for retired DEA agents?  A pleasure cruiser for DEA bigwigs?”  She asked the questions with venom in her tone, her eyes staring down as Ashton’s crotch, the syringe held just above hovering like a murderous stinging insect.

“We don’t care about the house or the boat,” Ashton stated, before going on.  “We intended to sink it, as you know.  The house can burn for all we care.  It’s a nuisance.  It’s the….”  His words were cut off by gunfire coming from somewhere on the ship outside of, but close to the Lido deck cabin.

“Shit,” Lauren said, his eyebrows going up and looking over at his wife.

“Who the hell are we talking about now?” Sharon replied, a worried tone in her voice.

Ashton struggled to rise.  Two of his small bevy of men, gathered near the fireplace, came forward to help.

“Get him below to the infirmary.  Don’t let the fake doctor near him if you can help it.” Lauren instructed one of the men and then pointed at the remaining two.

“You’re with me,” Lauren ordered.

The men didn’t move, instead of turning their heads to look at Ashton being dragged toward the cabin door by his men.  “Do it,” Ashton cried hoarsely.  “Do whatever he tells you.  It’s our only chance.”

Lauren drew out his small half-empty revolver and, with Sharon and the two DEA agents, headed for the bridge, wishing Tuck hadn’t tossed the men’s guns overboard.  He spoke to Sharon before he did anything else. 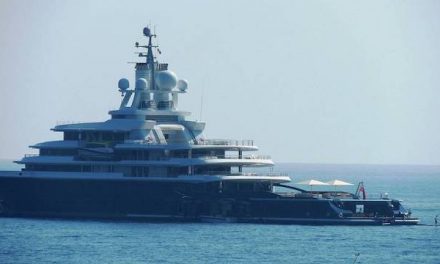 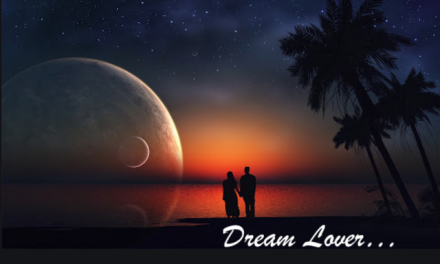 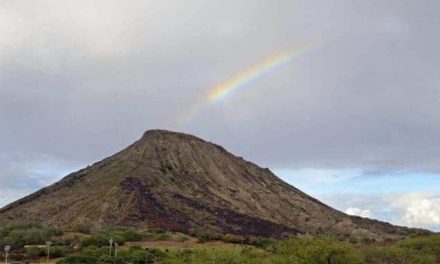