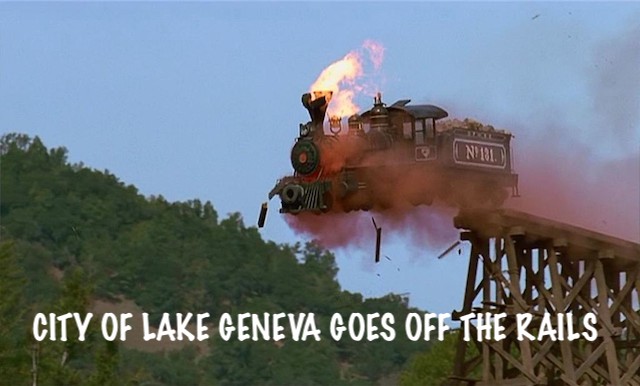 CITY OF LAKE GENEVA GOES OFF THE RAILS

The Lake Geneva City Council drove itself into a pit of deep abiding cow manure on Monday night. The council, after announcing it would vote on the reconsideration demanded by one of the council members at the next regular council meeting (October 14th) went ahead and decided to have a special meeting on Monday the 7th. They also decided, using a ridiculous attorney opinion by Dan (Any Old Opinion Will Do) Draper written in 2008, to not allow public comments at the special meeting. The council would not allow a “point of order” demanded by a member of the visiting electorate in front of them either.

They voted and quickly passed the contentious issue of paying $29,000 dollars to Slavney’s consulting group. The meeting was illegal and the Friends of Hillmoor have retained attorney Robert Kennedy (former Judge Kennedy) to file suit against the city to seek injunctive relief. The meeting denied comments from the public based upon Draper’s earlier opinion that “holding meetings without public comment is perfectly acceptable because comments from the public are procedural in nature and not substantive.”

What could be more obviously substantive in a democracy than comments from the public? That ridiculous ruling allowed for the kangaroo court result of the “concept” plan being accepted, which is the first step in flushing any resistance to the commercial development of Hillmoor down the toilet. If Mr. Kennedy succeeds in getting injunctive relief from the courts in Walworth County then the vote the council took will become invalid and the council will have to start all over again. The Meeting of the Whole, where the public was allowed to speak, followed the special meeting. The public waited through one hour of other presentations before being allowed to speak (usually comments from the public is the first order of regular council business). This order was no doubt done, to “wait out” as many of the protestors present as possible and have some of the potential speakers go home to dinner. However, there were still many speakers, and not one of them appeared out of the mayor’s claimed silent majority to speak in favor of the coming development.

What is causing these otherwise nice decent citizens, sitting on that council, to act in the way that they are? There has to be something going on behind the scenes. The owners of Hillmoor have not come back since early last year. There is no activity on the site, yet Hillmoor’s development is at the top of every to-do list in the City of Lake Geneva. Was the lawsuit, filed and then withdrawn by the Fitzpatrick White River Holding LLC operation secretly concluded due to an under the table agreement, like the one that was successfully used in the Mirabel Hummel case? That secret document did not come to light until a lawsuit was filed to get hold of it. Mr. Draper lied, and the mayor (then alderperson) also lied, about its existence at the time. Are they both lying now? The combined power-play pulled off by the mayor, the city attorney, Doug Skates and Mr. Slavney was an awful example of where American politics has gone these days. 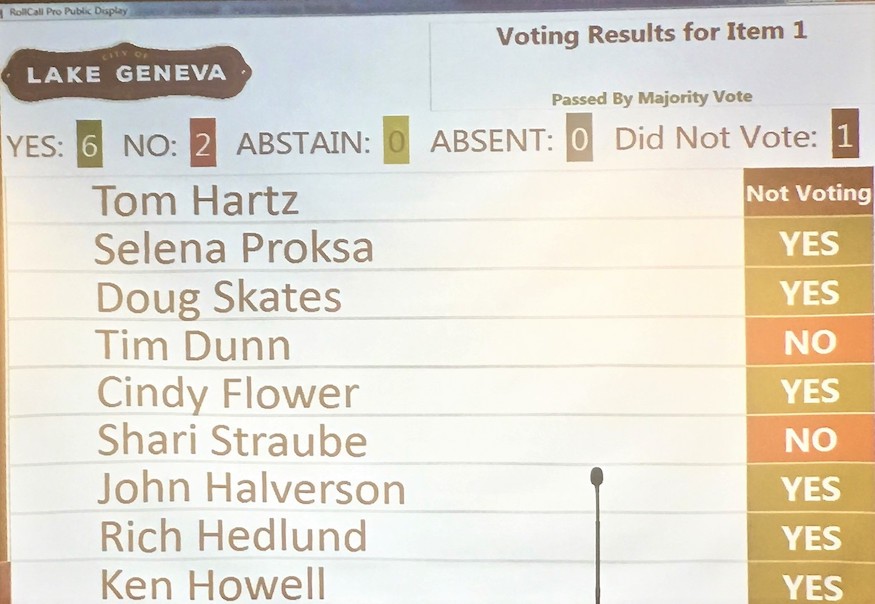 Here is how the representatives voted on the $29,000 fee on the Hillmoor study. Two alderpersons bravely voted
against the giveaway. 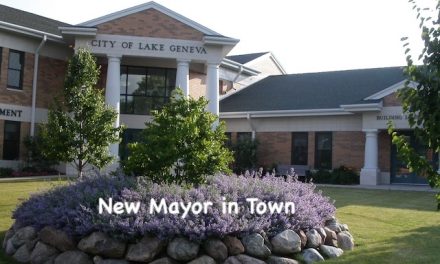 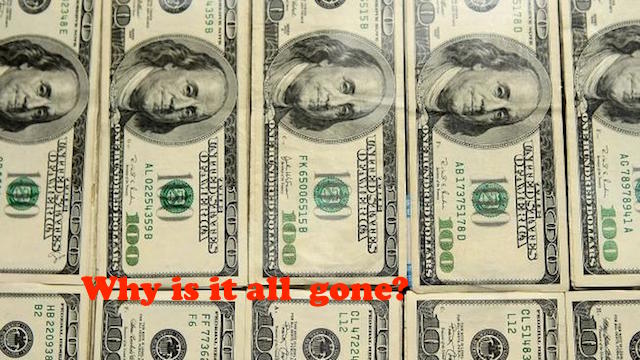 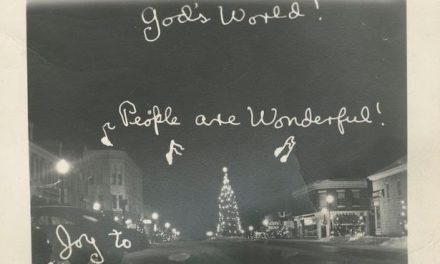