Letter written by Katie Millar Bucholtz to her Facebook page:

Parents of Badger High students, please read. Katie Millar Bucholtz – Sunday, May 15, 2016 Parents of Badger High School students: I’ve debated all weekend on posting this but I feel in my heart it’s the right thing to do. On Wed. morning my daughter was in class and a boy said to her “On the last day of school, wear red so you’ll be safe.” My daughter asked “safe from what?”. The boy proceeded to tell her he has a friend with military grade weapons and anyone wearing red will be protected. He told her to tell anyone she cares about too. He also started showing her items he’d been looking at on the Wish app from ski masks to vests he said were bullet proof. She asked him who the other boy was and he pretended he didn’t know what she was talking about. My daughter asked to use the bathroom and called me crying.

I went right to school and asked to speak to the police liaison. My daughter explained exactly what and we both asked several times my daughter name be kept out it for obvious reasons. The officer said she’d approach the boy as if someone overheard the conversation. She said it was a “very serious” matter and that in every school shooting there was at least one kid who knew it was going to happen and didn’t tell. She also explained how it was a felony to make terrorist threats against a school. She called the administration building and asked for an administrator to come and hear my daughter’s story as well as she stated again, it was a very serious threat. They were all in a meeting but she made it clear she felt this was an emergency that needed to be addressed immediately. After I left the school, with my daughter, we went to the police station to address our concerns. We were basically told the school would handle it and all contact should be with the school. (Wonderful, thanks for the help).

Later in the day the school officer called me to tell me she’d called in all the kids sitting near my daughter to ask if they’d overheard the conversation and all said no so she called the boy himself in and told him exactly what my daughter had said. (Great, exactly what we didn’t want to happen) He proceeded to tell the officer that it was all a big misunderstanding, that he and my daughter “Were talking about an episode of American Horror Story and she must have gotten confused”. He also said the masks and vests were for Halloween in which the school liaison said “I know he wasn’t serious, his vest was only $35, the one I wear is $1,500 (is she kidding me right now??) She also said after talking too him it was her opinion that he may have a crush on my daughter and was trying to “get her attention”. This same boy has heard my daughter talk for hrs about her depression and extreme anxiety, they were friends. He wouldn’t do that to her “to get her attention”. He’d know how it would throw her into a panic.

My reason for posting this is the response of the school. If you google terrorist threats against a school, there is article after article of kids being charged with way less than what was said to my daughter. If he was joking, I don’t wish ill on him but seriously, he knows my daughter and she suffers from anxiety, they are friends. I truly don’t feel he’d do this to be funny or get her attention. I feel there is more too it and even if there’s not, I don’t feel the school handled this well at all. I was told three separate times “there were several bad decisions made today” like she was implying my daughter coming forward was a bad decision. This boy got in no trouble at all other than his parents were called in I’m sure he didn’t spend his weekend in his bedroom crying or not eating or getting physically ill over the thought of Monday morning. There was no follow up the three days my daughter was home to see if she was ok. Just several unexcused absents.

Oh, and it’s worth mentioning that the following day at LGMS there was a lockdown drill. My youngest heard a teacher say to the other “why are we doing a drill today, we’ve never lock down drills without the principal and the principal is at the admin building with the principals of Badger about that investigation”. I don’t like this at all. I have a sick feeling about it. I don’t like how it was handled and I certainly don’t like the emotional state it’s left my daughter in. I have some very serious considerations to make on what I do next but again, I feel getting this out is only right. If, God forbid, something did happen at school and my friends children were in that school and I hadn’t spoken up, I could never live with myself.

If anyone has any questions please feel free to inbox me.

I apologize to anyone who has had the misfortune of reading the Geneva Shore Report. Please don’t believe anything that comes out of the flyer he distributes around town, what a load of CRAP. I see he took it upon himself to try and tell my story, unfortunately he only got about three words in the whole article correct. Boy, Girl and the color Red. That’s ALL he had right, the whole rest of the article is the biggest load of bullshit I’ve ever read. Seriously, not one bit of the article has any truth whatsoever!! There was no “hoax on unsuspecting students” it was a week ago, not two. The young lady wasn’t “approached by a male admirer” and there was absolutely NO threat whatsoever about the upcoming graduation. The boy was not suspended for two weeks, the “hoax” did not involve a “group of students coming to school”. I could go on. Honestly, how can you put out a “paper” with not one shred of truth to it?? James Strauss should be ashamed of himself but I guess after we read his article about Harley riders being brain dead and stupid, he proved he’s the only one who fits that description.

In an abrupt editorial reversal the Geneva Shore Report has decided to admonish the managing editor of the paper and retract its position on motorcycle riding without a helmet.

Henceforth, in the spirit of American Freedom of the Road and improving cultural purity, the policy of the Geneva Shore Report will be to support riding motorcycles without helmets.

This new position is also in keeping with Wisconsin law.

The original letter written on Facebook by Ms. Bucholtz is printed in this issue for you own evaluation, as to the GSR’s accuracy. 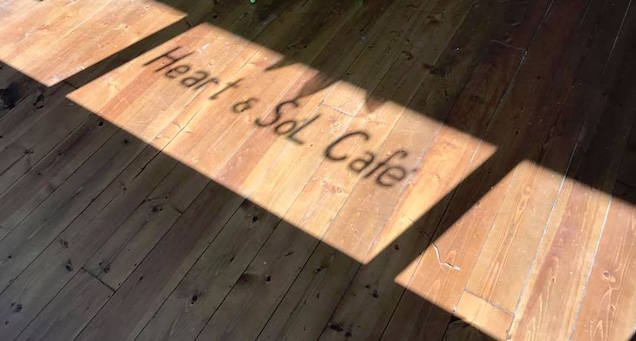