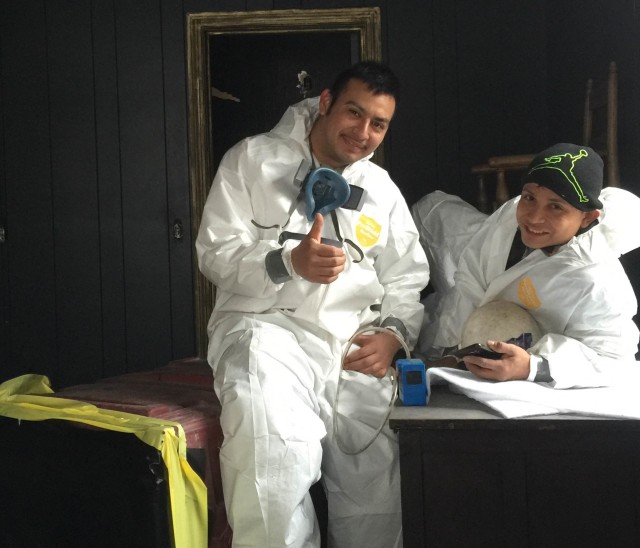 The two neatest guys in the world taking down the asbestos interior of the Traver Hotel. As hazardous as the job might be, these two great guys are not likely to be filing suit against anybody over the risk they are taking in doing such difficult work.

While talking to the GSR reporters, with a window safely separating them, and when asked why they were wearing funny white outfits with breathing equipment while they worked, they indicated with sign language that it was because they were removing asbestos. The sign was really easy to understand, as it involved drawing one finger across one’s neck while pointing at fibrous material hanging down from a gaping ceiling hole.  Either the Traver Hotel is finally about to be hit by the wrecking ball or there’s an expensive amount of work being done to either recover it or rebuild something using the old structure as a foundation.

Time and more probing around by Geneva Shore Report X-Files investigators will tell.

Geneva Online.
Who are they, and what are they doing in and around Lake Geneva?
Geneva Online is the Wi-Fi outfit centrally located in the downtown of Lake Geneva, and the preferred Wi-Fi carrier for most local businesses and quite a few individuals. They don’t have the fastest Wi-Fi. That’s the province of AT&T and Charter, where you can get them. But it’s cheap, and the servicing people are five blocks away from the intersection of Main and Broad Streets.

Geneva Online is also a hosting service, in that they help people get websites up and running quite effectively. Again, the price is right, and they are very close and very local. The people at the front desk are not those rather stuck up teenagers found at the counters of Apple retail stores either they should have “T” shirts that say Arrogant instead of genius.

No, the people at Geneva Online are exactly what you might imagine them to be in Southern Wisconsin: polite, friendly and truly caring. 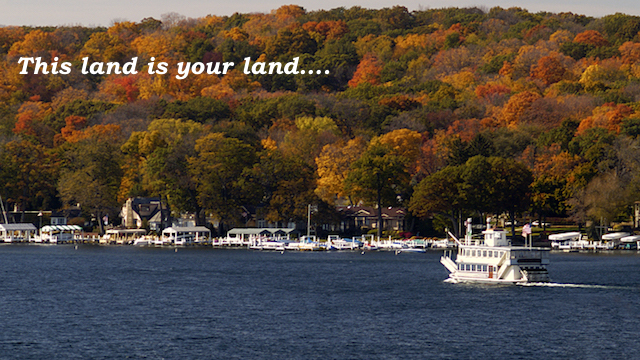 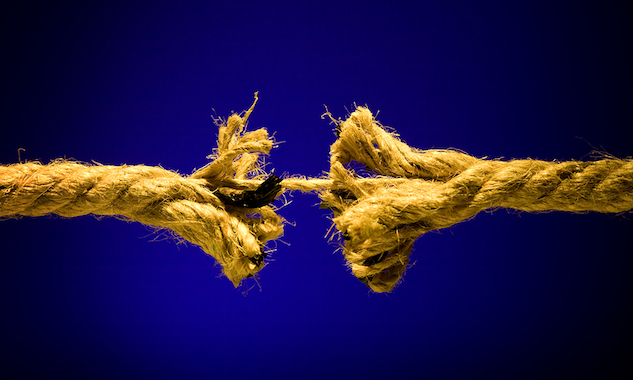