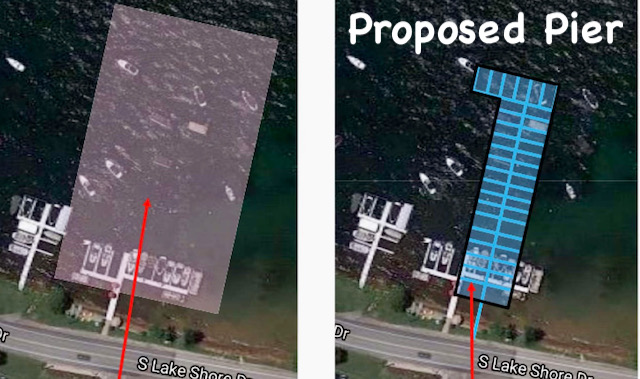 The gloves are off, and they are coming once again for BigFoot Beach, Maytag Lagoon, and South Lake Shore Drive where it passes by the wonders of open water along the eastern edge of Geneva Lake.  Not only has Mr. Lazzaroni, the guy who owns the property the Boat Club restaurant and club is built on but also the big estate up on the southern bluff just at the southern edge of Buttons Bay applied to build a 270 foot (almost a football field in length) pier out from the beach in order to secure himself a block so he can have the end of the bay as his personal harbor, but the Department of Public Works (yes, that would be headed by notorious, feckless and macho Ton Earle) has put in for emergency funding under impact fees that, if passed, would affect the area, as well.  BigFoot Beach is the strip of sand that runs north and south along the eastern shore of Buttons Bay.

Lazzaroni wants his pier, the be a hundred feet wide, out at the end of it.  He wants more boat slips.  When is enough gifting to these wealthy people enough?  Apparently, never.

Meanwhile, Tom Earle wants, from the ‘impact fees’ being distributed by the federal government for the assistance of small towns trying to accommodate getting over the effects of the virus, to move the boat launch from downtown Lake Geneva.  There is only one place to move it to, that anybody can think of that would entail moving it to the Maytag Lagoon, whereupon an opening from the lagoon would have to be cut out into the lake.  In order to prevent having to build a bridge for South Lake Shore Drive, the road would instead be taken out, and traffic rerouted out to Edwards Boulevard/Wells Street and then back once beyond the place where BigFoot Beach used to be.

The idea brought to the table a couple of years ago was to make the area into a boat marina.  Hence, we return full circle to Mr. Lazzaroni and his ‘private harbor’ at the end of Buttons Bay.  The property owners, including him, would get rid of the public thoroughfare, the state park area that currently affronts South Lake Shore Drive on its eastern side, and gets rid of the pesky regular people who frequent what is now the only free beach on all of Geneva Lake.  These shoreline property owners would see their values skyrocket as that part of the lake became their own private playground, except of course for one lonely boat launch built in to be the reason all of the area has to be essentially given away.

Mr. Earle is presenting this recommendation for use of emergency ‘impact fees,’ as a part of his package of stuff that he recommends for the use of the money.  He also wants to acquire the property around his current barb wire ‘prison/castle’ compound called the Street Department.  He wants the developed property, along Highway H, that borders the current structures, and he wants the property down the street, as well (for what he refers to as the Street Department Annex).

The effects of the virus and the nation’s response to it, so let the good times roll once more.  The Good Old Boys come out of the underbrush to once again take just about everything that is not nailed down, and then some of the nailed down stuff too.  Let the street department take care of the streets, the parks and do the snow plowing.  They manage the parks and streets pretty well, and the snow plowing, not so well at all.  They need to work on their problems, and it is not likely they need gobs of money more to do it.  Their facilities are brand new.  Their trucks are new and the best.  They have plenty of people.  Get back to work Tom and stop shooting for the moon.  One day Alice will be found up on that orb but not right now and not by you.  Lazzaroni is more understandable.  He’s been slip-sliding and cadging stuff from anyone and anything that comes close to what he considers his property.   He can keep his pier with more boats than he is allowed and his 16 buoys.  Pollard’s Symphony Bay outfit is only a few feet away with its own short, overstuffed pier. He doesn’t need a 270-foot pier either.  He’s too smart and classy to even broach that subject, however.  Maybe he can provide some back-channel therapy for Mr. Lazzaroni. BigFoot Beach is the people’s beach, and the people are not letting it go, not even from their cold dead fingers. 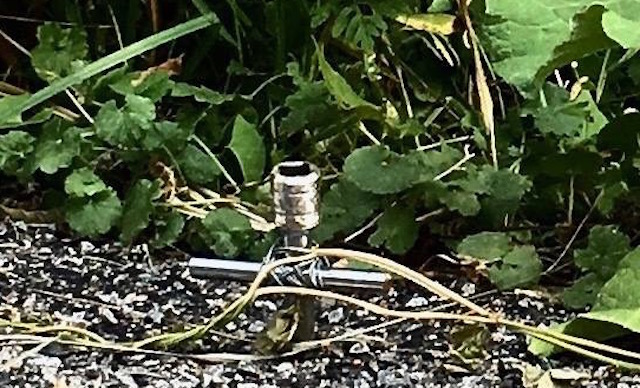 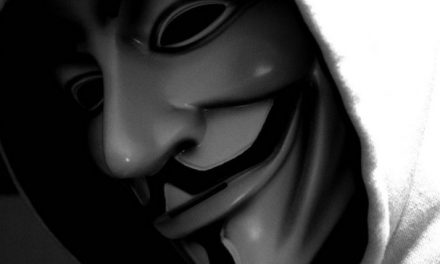 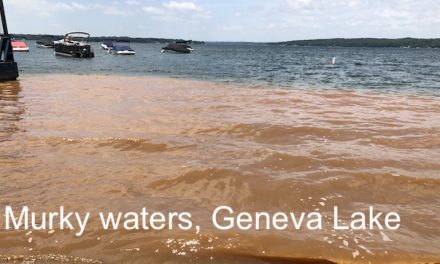 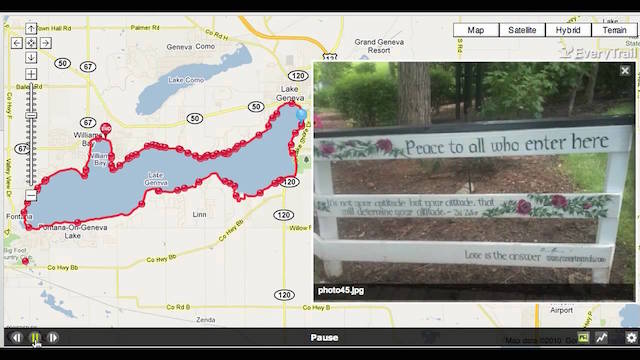