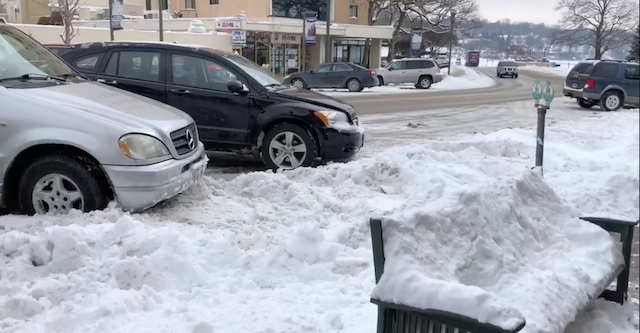 Snowplowing for the merchants.
Why does Lake Geneva insist on this inane and inefficient course of action that forces business operators and owners to shovel out the city sidewalks that run back and forth in front of their businesses? The city has aged owners and infirm operators, as well as younger healthier versions of the same being responsible for this arduous labor. Why does the city refuse to use its assets to shovel these businesses out when it snows? The city could clean up the sidewalks the same way it cleans up the streets. The city has the equipment and personnel, and also possible integration with street snow removal that currently does not exist. Additionally, the business owners may not shovel their snow out into the street. So where are they supposed to put it? Not the city’s problem and hence why there are sometimes great piles of snow blocking the ability of parked motorists to access the sidewalk seemingly so close, but really so far away. Come on Lake Geneva, get with the times.

Piers Harbor and Lakefront meeting of 1/15/2020.
With commercial leases along the shores of Geneva Lake up for renewal, Kent, the owner of Elmer’s, requested that the location of two of his current boat slips be moved to the other side of the pier so as to be side by side with the other two in his lease. This would not only help Elmer’s run more efficiently but also help clear boat congestion in that busy part of the lakeshore. It’s a win-win for everyone. Elmer’s was not the only lease on the agenda. Marina Bay and Gage Marine were also being looked at and considered for renewal. The question of the subleasing of boat slips in these leases was raised again.

Committee members Flower and Hedlund have questioned this in the past, and did again at last Wednesday’s meeting, asking why the city is leasing boat slips that are then being sub-leased for more money. There is a long waiting list for boat slips in this city. The city should be collecting the maximum rent from these slips, as well as accommodating the residents waiting. Gage is the only commercial boat slip renter that engages in sub-leasing. The committee discussed how to handle this with different options, such as a Riviera rate for slips (which would raise the price for renting the prime boat slips), or amending the current leases banning any subleasing, or both. The issue was continued to the next scheduled meeting.

Are apps the future?
There seems to be an app for everything these days. Lake Geneva has a parking app, as well as an app for the Geneva Lake Shore Path, for anyone comfortable with using them. Linda Frame, Harbor Master, is adding a Beach App to the mix, and (if all goes well) an app for boat launching could be included. Right now the beach app is only a pilot program, contingent on the terms of the agreement being approved by the city attorney. At what point does the simple fact that most residents and visitors over the age of sixty-five have no clue about apps nor do they use them get factored in? Some care that should be taken here when one considers favoring one age group over another, particularly since the older age groups are usually significantly wealthier.

Person of The Week 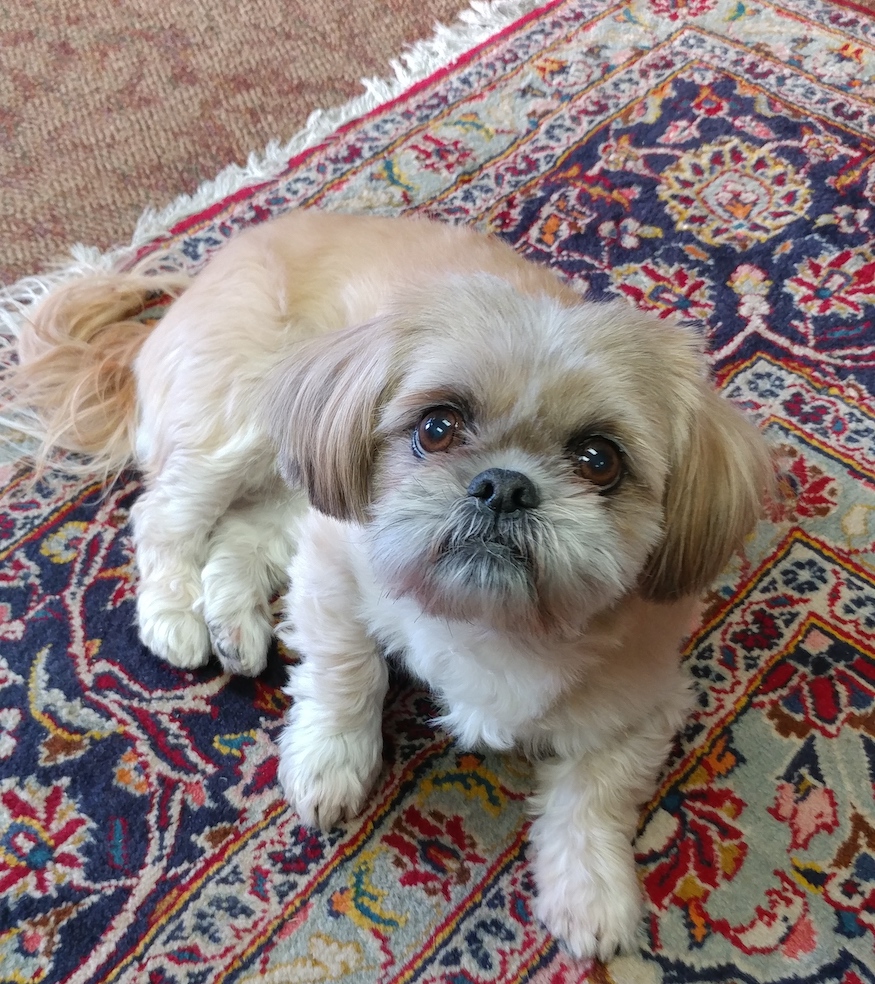 Gizmo. Normally found at the Thrift-In has been sharing her mascot duties and need for belly rubs at the GSR office on Tuesday’s. 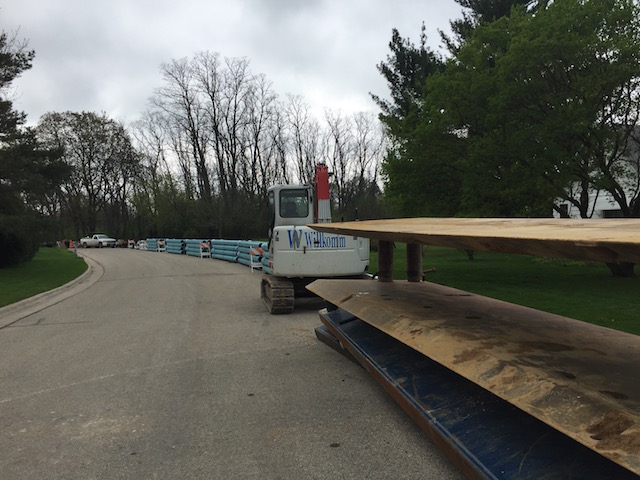