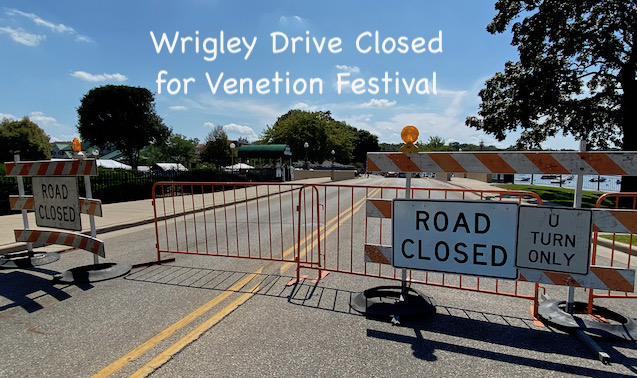 Finally, something is going to be done near the 600 block of Bloomfield Road, at least the city’s portion of it.
Approval was given at Monday night’s city council meeting for Asphalt Contractors Inc to do some much-needed road patching on that stretch of Bloomfield Road.  Alderperson Fessenmaier has been fighting for the repairs to get done for some time now. Alderperson Hedlund also expressed the need for the work but believes the entire road needs to be repaired. Bloomfield Road is not entirely the City of Lake Geneva’s responsibility, and the city is only interested in the portion it owns. This is a safety hazard for Lake Geneva residents, and they deserve the entire scope of the work to be done.  Council Person Flower agreed that it all needs to be done and in a snarky tone shared her belief that the Township of Bloomfield should care about the safety of its residents also.

Venetian Days are upon us.
Don’t get the idea that this celebration of the ending of summer, or whatever it was initially created to represent, is not performed every year without some controversy.  The center of Lake Geneva is basically shut down for traffic and just about everything else, at least the area surrounding Flat Iron Park down near the city pier and Wrigley Boulevard.   Many of the merchants complain that Venetian Days, with all its vendors, tends to hold onto its customers who do not then circulate out into the downtown area, use restaurants, bars and purchase goods from the local merchants.  What is the real cost to Lake Geneva and how can it even be calculated, when there is police presence required, city workers for electric generators, lights, parking, and much, much more?  There is no question, however, that Venetian Fest brings in huge crowds of visitors and those visitors pay the biggest share of expenses in the way of parking and other fees.  The Jaycees always do a great job of putting the celebration on as well as provide the city with a single (the largest around) fireworks display down off the Riviera Pier.

Kwik Trip has big plans for Lake Geneva.
The plan commission met Monday night and a public hearing was held to consider the latest change requests. The existing Kwik Trip on Williams Street has been a pleasant addition to the north side of town, which was originally not seen that way, but is quiet and quality success have surprised those who were originally not in favor of the development. The new Kwik Trip, to be located over on Wells Street is on its fifteenth in a series of requests for an amendment to the existing precise implementation plan to allow an addition to the property at that Williams Street address. The addition would include the building of a 178 square foot walk-in freezer space. This would resolve the store’s need for more storage space. The freezer will be located near the enclosed dumpster area and has been inspected by the police and fire with no objections from those departments. Plan commission also had no objections.

The Kwik Trip Corporation presented a general development plan for the Kwik Trip at 898 South Wells Street in the planned business zoning district. This general development plan is not the first to be presented; it has changed a few times and is represented each time hoping to fulfill the recommendations of the commissioners and to meet the needs and wishes of the neighbors. The general development plan presented at Monday night’s plan commission, during the public hearing, included the recommended changes that the city council requested. Kwik Trip came with two site plans, with the car wash planned in two different locations. The car wash seemed to be the most controversial issue in previous development site plan 12. The newest site plans include site plan 15 and 16. The one most focused on is site plan 15 which focuses on the recommended changes previously asked for. The car wash was the big issue previously, due to it being the part of the operation that would likely produce the most noise. The site plan most accommodating to all is site plan 15, which has the car wash exit on Wells Street directing the noise away from the residents of the neighborhood.  The retention pond would be in the southeast corner of the property, and parking would be along Wells Street, providing the least disturbance to the neighborhood possible.

Of course, the site plan includes green space, landscaping, and fencing to make the area visually pleasing for everyone. The residents of the neighborhood next to the property would like to request that green space and fencing along Lake Geneva Boulevard be considered as much, if not more, than the area along Wells Street. The commissioners have taken a lot of consideration to every detail of the Kwik Trip general development making some wonder how much time they plan on spending there. The general development plan is just that; general development, including the basic layout of the property which is what the commissioners had to be reminded of several times due to the amount of time the commissioners spent discussing green space and landscaping that might be better discussed during the precise implementation plan. The plan commission finally recommended approval of the Wells Street Kwik Trip however it is not the final approval and will go to the city council for a vote next Monday on August 23rd. 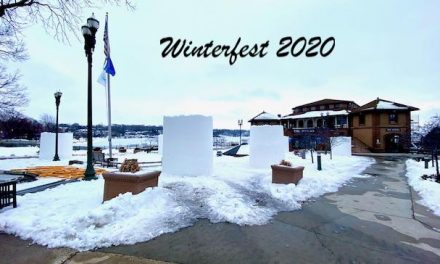 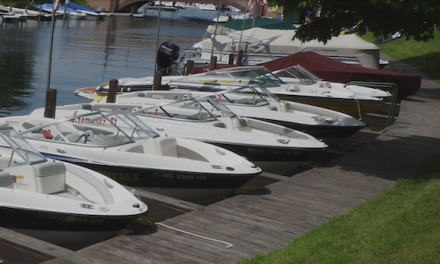 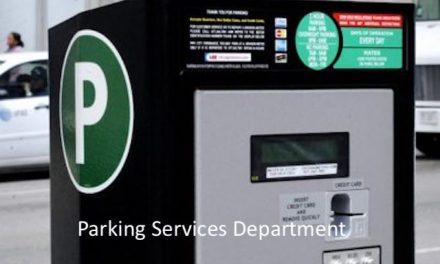