Scientists have been in pursuit of discovery about the existence of black holes in the universe every since Stephen Hawking postulated their existence years ago. Recently, scientists confirmed the fact that black holes, wherein all matter grabbed and sucked a singular point, not only exist but also have observable stars being attracted, and then falling into them. Around a black hole an accretion disk is created, as the matter of an approaching object is first touched and then intensely attracted and readied for ‘consumption.’ Two rays of energy burst forth from the poles of the black hole while this ‘feeding’ process is under way. No physical matter, not even the infinitesimal matter of light photons, escapes the clutches of these black holes. The energy cones emitted at the poles of these beasts of the universe are explained away as something called Hawking radiation. Nobody, including Stephen Hawking’s himself, knows what that energy is or how it escapes from the black hole.

There’s nothing in the human condition to compare to or explain something this physically and evidently strange. These holes, with their event horizons and Hawking radiation emissions, have been added to our bank of collected knowledge but remain so seemingly distant and exotic that their existence is as far from human understanding as the existence of God. Instead of pursuing the science of these things however, with the exception of astrophysicists dedicated to the task, we can exotic black holes think about how they might effect our lives. These holes are proof that human-kind, has only a few passing clues about what and why everything around it, including the human species, is here at all, or even what here is. Today we are privileged to access great load of good news in contemplating black holes and even more in accepting the obvious fact that the huge mantle or responsibility for understanding such un-understandable things falls directly on all of our shoulders. There seems to be, as of yet, nobody and nothing else capable of cosmic contemplation or in responding to the conclusions of such contemplation. There appear to exist no limits to what the deeply thinking and caring human species can accomplish in manipulating everything that exists outside of these black holes. It is satisfying to know that there are no limits, at least none that we have found as a species that are not limits placed before us out of deliberate desire to be ignorant or simply because our understanding was not significant enough for us to be in a position to move past the limits.

If your life is lived without limits then it is lived in full, although it may experience periods of high risk. If your life is lived with the acceptance of any and all limits introduced to you and allowed by you to be real limits, then the conditions of your living a full life remain established by others. Such a life might be limited, but safer. A major part of the good news is that the understanding that we truly don’t have limits because we are human beings for whom physical limits short of death are generally surmountable. Such thinking should free you to move through and against limits that restrain those who don’t share your understanding of how the universe is organized. The universe does not understand or apply limits. The universe is not a thinking organism. No part of it that we know, except for ourselves, make conscious decisions. The matter and energy of the universe simply are. The universe, and therein all life and matter around you, must not be taken for being something active, caring or consulting in any way. Issues and occurrences such as global warming or war are merely phases of change, movement of planet earth through time affected by ceaseless entropy, even if some changes have been brought about by acts of mankind.

We are all touched by life and suffused with it. We are all inexorably attracted inward toward our very own black hole toward an infinitesimal end that’s not likely an end at all. Matter in the accretion disk, spinning around a black hole, is not dissimilar from the condition of individual humans, inextricably caught in circular social conditions until such time as the final fall in to a personal black hole becomes reality. And what is the reality at the center of that black hole? The reality of falling into oblivion is as speculative and unknown as the ultimate fate of any human being. Nothing can escape out of the black hole then nothing can be known about what is really there. Or can it? Hawking radiation escapes. Another word used analogously here in reference to such radiation might be grace. Grace may well be all that comes back out of our own personal black holes. Grace may be no more interpretable than Hawking radiation but the thought of it gives us all a clue. Nothing in the universe is created, constructed or organized to allow for the annihilation or extinction of anything. Everything humans have ever studied or expounded about as a result of lengthy and intense scientific examination always comes back, although the form of its conversion or reappearance might be entirely different each time.

More good news here is that you are probably not going much of anywhere when your own personal black hole draws you in. You are likely only going to change, like everything else around you we call the universe. The bad news is the likely fact that you are coming back. Not everyone wants to come back. Almost all religions, no matter how far flung in dogma, would agree with this conclusion although almost all of them would have human ‘souls’ coming back as some sort of ethereal figure suffering either eternal bliss or eternal damnation. In truth and study it appears very apparent that there is eternity for everything, including us. We are as stuck in it as all other material things. The good you have done and the ‘not so good,’ are just as likely to follow you into other dimension, times or places beyond the scope of what we know to be reality and this universe here and today.

There is no explanation available or physical evidence that some being is in charge of what is happening or what will happen when you fall into your own personal black hole. There doesn’t have to be anymore than there has to be. Most humans who follow a religion are following beliefs espoused by other humans not beliefs imprinted upon anyone or anything by matter or energy in this universe. To appreciate what others think and believe is important, but never forget one thing. You are in the accretion disk going around and around on your planet, in your country, in you culture, in your tribe and in your family. It is your very own beliefs about everything around you that are most important, so have them. Borrow what you must from those spinning around you, as you rotate in the living accretion disk, and gain what you can from those who’ve dived into that hole before you, but make certain that you have your very own beliefs to guide you into the greatest and most mysterious part of the journey of life.

Give thanks for being here and participating in this grand spin of humanity.

Give thanks to yourself and those spinning with you. Celebrate Christmas because the beliefs surrounding that event are so supportive of comforting and compassionate travel while we all spin. Accept the grace radiating back out of wherever we are going and smile that you might just have a more blissful understanding of something about life that’s not really understandable at all. 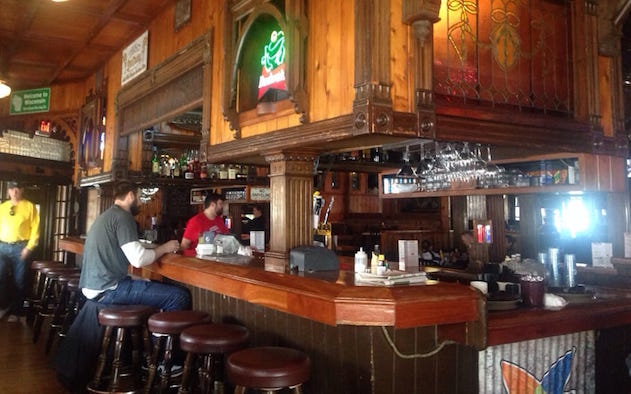