Another bit of slight of hand, and the old bait and switch.
This one’s under way in the Town of Linn, instead of Lake Geneva proper. The most wonderful small hotel and restaurant (the Geneva Inn with Grandview Restaurant) is attempting this one. What’s the deal? It seems that the Geneva Inn wants to build another pavilion, no doubt motivated by the veritable litter of pavilions dotting Lake Geneva’s parks. But this one would be on the lake, adjacent to their hotel property, and could function as a mini convention center. Instead of directly requesting rezoning of the residential home it owns next door, the Geneva Inn asked permission to put up a tent for summer festivities on the other side of its property. And oh, by the way, just as a minor aside, they’d like the home area rezoned so they can clear the land, and put the convention center in next spring when the Town of Linn is still hibernating from the winter.
Pay attention to the tent and not the man behind the curtain.

U.S. Cellular, the big cell phone company, went national with a campaign ignited by a series of articles published in the Geneva Shore Report. This advertising campaign is designed to tout their superior service in rural areas of America. Across the nation the cell phone companies have built tens of thousands of cell phone towers in all rural areas of the country. They accepted billions of dollars set aside by the American government (inspired to do something competitive and productive nationwide), and then shut the towers down in those same rural areas to save money. The agreement that the cell phones companies signed in order to receive the money and build the towers, had no stipulations that required the tower owners to activate them. 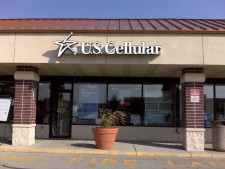 Move your phone provider to U.S. Cellular, and move with American progress instead of against it. A communications monopoly, as has been revealed right here by the tiny Geneva Shore Report, is not about theft so much as it is about cultural silencing and murder. Don’t call your governor, senator, representative or even those big media outlets. They will do nothing or they would have done it. Change your cell phone service and begin speaking with your money and support.
Economic monopoly and tyranny is the avowed enemy of the America dream.
And you are Shopping Local