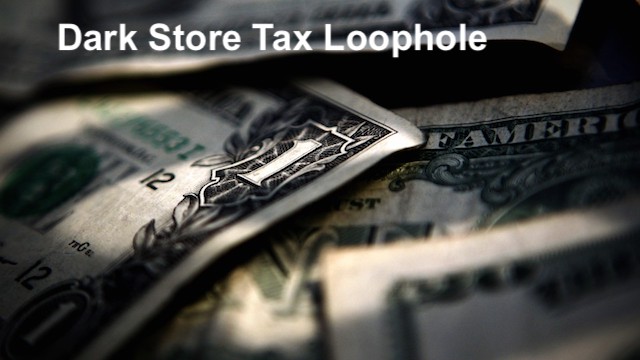 A referendum for plugging up the Dark Store Tax Loopholes was unanimously passed by the Lake Geneva City Council.
The purpose of the referendum is to show the state legislature that the residents of the City of Lake Geneva are opposed to occupied stores being taxed at the same rate as unoccupied stores (Dark Stores). The real justification for a property tax is that there is a limited amount of land and the owner of a parcel of land is given exclusive use of the property provided he or she pays the taxes on it. Property taxes serve as the primary source of revenue for the government, and combined with zoning laws, they enable the government to control, direct and/or encourage or specify a particular use of lands with different values and tax rates associated with the use, or potential uses, of the land.

The value of a particular parcel of land is determined by the land, its location, what is on it and what an owner is currently doing with it or what could be done with it. In Lake Geneva, the property tax on a parcel of land need not reflect its real value or the potential value of the land. Two virtually identical parcels of land, one still owned by the developer, and the other owned by someone who purchased it from the developer, will have more than a significant difference in property taxes although the value and selling price of both would be the same. Within the City of Lake Geneva, property assessments have two parts. The assessment on the land itself which has been frozen for many years, and the assessment on improvements which is adjusted (increased) to equal the fair market value of the property (land + improvements). This method enables some investors who invest in unimproved land to pay taxes on the value of the land as assessed and frozen over some twenty or more years ago, and not the value of the land today.

Wouldn’t it be nice if our taxes on our investment in a home were frozen back then too? Another big loophole in taxes is to have commercial property reassessed as farm land and then pay farmland taxes on property zoned for commercial, while it is being held for future use. Sorry, but the garden that you plant does not qualify you for a farmland tax break. In a nutshell, the problem with taxes (virtually all taxes and fees) is that they are targeted at one segment of the population with loopholes for others. Governments get away with granting loopholes to gain support because in many cases only those who benefit from them even know about the loophole.

School shooting solutions.
On Monday night at the city council meeting, Mayor Tom Hartz gave a “presentation” regarding agenda item #6 about the Lake Geneva school safety situation, with special reference to the recent spate of school mass shootings. Hartz read a copy of a letter from a middle school class that wrote to Paul Ryan about safety and school shootings. The top recommendation:  more police in the schools. As it turns out, there is only one resource officer, full time, at Badger High School, and another part-time officer who covers the middle school and the elementary schools. Alderperson Halverson asked if any Lake Geneva schools have metal detectors. The reply was “not at this time.” No determinations were addressed in any other way and no action recommended at the present time.

Not Enforceable Outdoors on Public Property 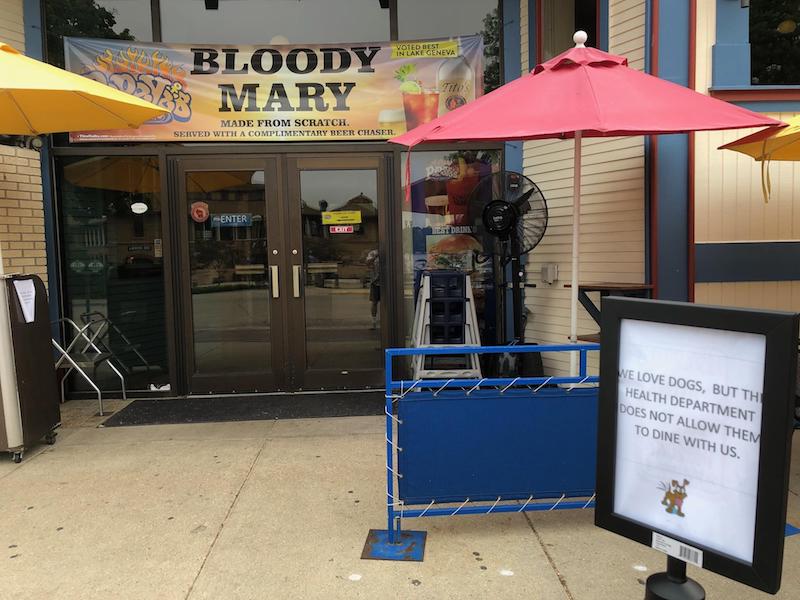 Popeye’s. The sign. Restaurant owners have no authority to regulate or ban dogs on the public sidewalk. 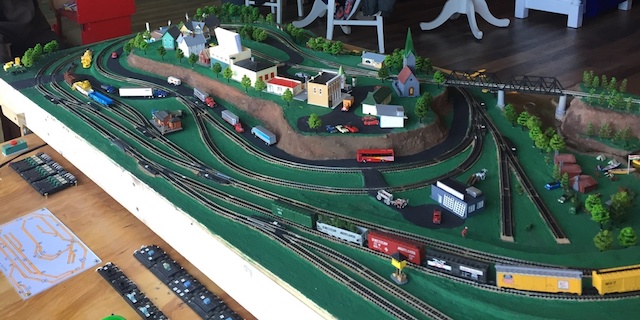