The city council discussion/action on restricting public comments to only city residents ended with no action being taken.   That was one week ago because some thirty people (both residents and non-residents) showed up at the meeting and those that spoke unanimously expressed opposition to restricting public comments to city residents. One might think that that would be the end of the story. If the citizens had not shown up enmasse that evening the result might have been different. If the far-reaching and potentially devastating issue had not been brought to the public’s attention they probably would not have shown up. How did this issue and other key issues get brought to the attention of residents before decisions were made that might have changed things in Lake Geneva forever?

The ball got rolling on this issue by three private and unpaid concerned citizens who attend almost every council meeting. The three go through the council’s agendas, packets and then watch for issues that might adversely impact local individuals, groups and the general public. When an issue of concern is found, they focus on it and begin spreading the word as best they can. They work to get things brought to the attention of the Geneva Shore Report, as well as spreading it by word of mouth from friend to friend throughout the geographic area. If it weren’t for those three individuals and the publishing by the Geneva Shore Report, information forwarded by informants and the actions of concerned groups and citizens, then the general public would often remain in the dark until a decision was already made, passed and become law, at which time it would be too late to take any action and almost impossible to change.

Vigilance of local political activities is key to keeping small government in check. Those small numbers of concerned citizens who work hard to keep the public informed appreciate it when citizens also care enough on critical issues to attend meetings. Even if visiting citizens do not say a word their attendance exerts a powerful force on the seemingly unnoticing leaders and also those attending who do express an opinion. What’s been happening at city council meetings and with city council and commission meetings of late is new. There’s a growing trend in Lake Geneva where citizens are coming forward and letting their voice be heard. This aroused citizenry has effected serious change in the outcome of legislation on the alcohol demerit system, the proposed (and failed) parking garage, BigFoot Park road re-route and boat launch, a dog area on the lake front. It has also kept alive other issues, including what might be happening on the old Hillmoor Golf Course property, the shut down theater property, the closed and tattered Travers Hotel and the White River Nature Trail. The aroused citizenry coming forward to express itself is not negative about anything. It’s extremely positive about being involved, considered and listened to in everything it does.

A bicycle built for two. Or any other, for that matter, isn’t really welcome in the City of Lake Geneva. Scooters, no matter who badly powered or poorly designed are not only welcome but allowed to park anywhere for free on any and all city sidewalks. Not so bicycles. Years ago the City of Lake Geneva banned them from the downtown area. Quite possibly the main reason was safety-related, as angled-in street parking doesn’t do much when cars are backing out without seeing something as small as a bicycle. It’s time for the bike-banning ordinance to be repealed. The Geneva Shore Report is many times seen as being too opposed to nearly everything, however perspective is generally overlooked among those who say that. The GSR is in favor of bikes. All bikes. That makes it opposed to any ordinance banning them. In this day and age where just about every living human being (who doesn’t have a vested interest in profiting from polluting the land, air and sea) understands the real danger global warming portends, Bikes don’t pollute. The Geneva Shore Report is for bikes. 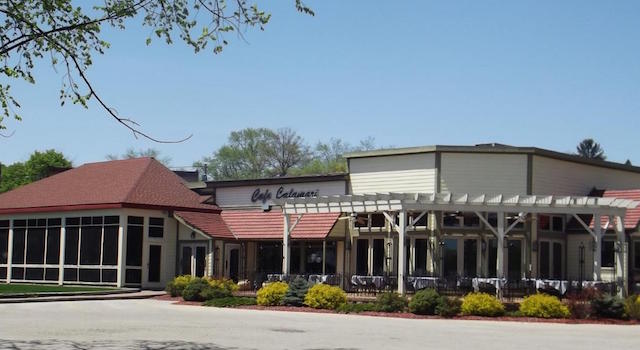