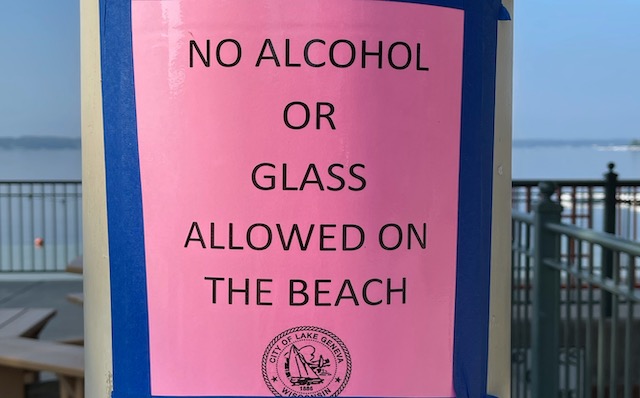 Drinking on and around the lake has become an issue in Lake Geneva.
Really…hasn’t it always been an issue? Back in the day when the Riviera was a very popular club for young adults, drinking was the main activity. Back then it was not surprising to see people sleeping out in the parks recovering from the night before. Some might say that that kind of wholesale drinking is still happening but is just being done a little more discreetly.

The Piers, Harbor, and Lakefront Committee discussed public drinking and the increase of its visibility. The committee, harbormaster, and other city officials all agree that there is a need for more patrolling from community service officers at the lakefront. The plan of action, to lessen public drinking and create a safer family-friendly day at the lake, is one of adding signage on and near the lake, stating that no drinking is allowed, additional CSO personnel being assigned to duty, and beach attendants being trained to make visitors aware that there is no public drinking allowed, and, if supposedly necessary, searching people’s bags. These measures sound extreme but they are being used at other beaches around Geneva Lake and at the entrance to most large concerts and festivals.

Does this searching policy, when applied, create a bad will for the communities around the lake?  Most probably, but as long as the lake continues to be able to draw so many people the communities have become used to not caring.  If you don’t like the paid or unavailable parking, then go somewhere else.  If you don’t like the charges for beach use or being searched to swim at a beach, then go somewhere else.  Cold?  Certainly.  That coldness has become an integrated part of having a large transient and visiting population traveling in from a distance to enjoy the benefits of the lake.  Chicago is a much ‘colder’ socially structured population so the visitors (most who come from the Chicago area) are not likely offended, but the locals who own, rent, live, and stay around the lake all year long are gentler, gentile, and more sensitive lot. There’s little question that they are probably hurt about such hard-boiled policies and will be on into the future.  There is a price, usually not calculated as such, for becoming, and then taking advantage of, being mostly a tourist destination and economy. 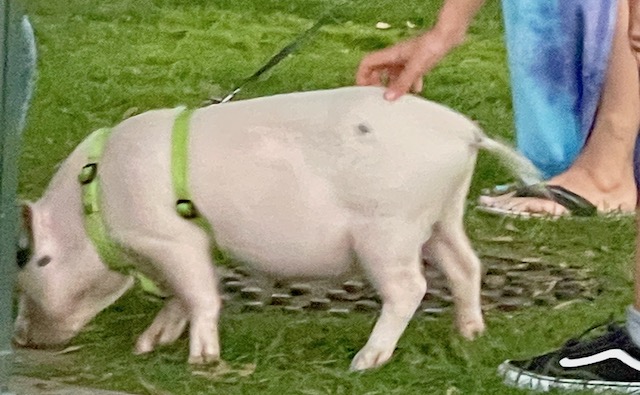 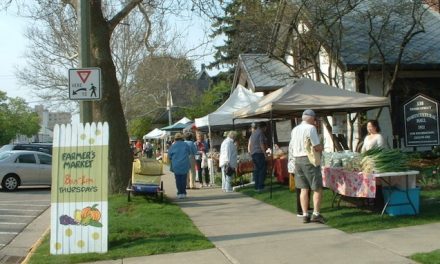