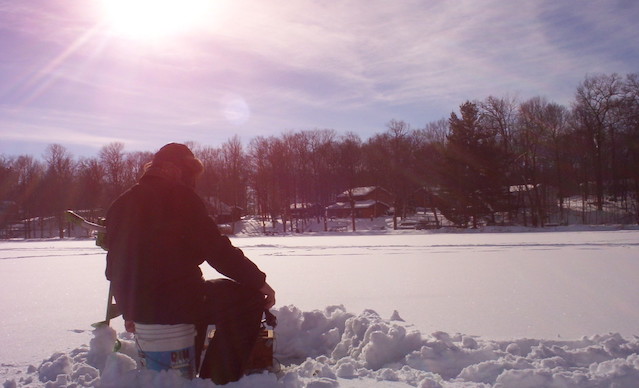 The on-again-off-again Ice Castle.
The mixed results for the Ice Castle have hopefully allowed the operation building and running it to make a profit this year. What with the weather being so unpredictable (from 24 below zero to 46 above zero, a 102-degree swing!), sub-zero temperatures, then heavy snow, then high temperatures with rain, it is not unexpected that the Ice Castle returns might not have been as great as expected.

The ice fishing question was asked, and a few answered. “Why do People ice fish?”
Anyone could ask that question about anything, and the most common response might be…why not?  Doug Ide, with “Guide Ide Fishing,” shares some of the most popular thoughts that fellow fishermen and women have shared with him about that question. Of course, when almost anyone is asked about ice fishing the cold is mentioned, but if you ask Doug that does not count, as he can control the temperature inside the shanties he uses with heaters. Nick’s response, as a fellow fisherman, was a very thoughtful “personal preservation” as his motivation, stating that it’s not always about the fish, but more about relaxing, getting away, escaping outside worries, all of which seem to freeze for the moment.

When Adam Walton, of Pike Pole Guide Service, was asked, he replied that “as a fishing guide, the joy of meeting new people, and then watching them catch their first fish, and the ensuing excitement on their faces is a reward in itself.” He added that sharing the experience with kids, and helping them expand their horizons, and create memories, was especially meaningful.

Doug Ide is in complete agreement with Adam, and also enjoys meeting new people, fellowship, and creating memories. Doug shared an experience from last year when he worked with a family (father, son, and daughter) who had never been out on the ice before, so everyone was a bit leery. After a couple of hours, the kids relaxed, the bickering between the eight and seven-year-old stopped, and their dad and Doug watched and enjoyed the kid’s enthusiasm for their newly found winter pursuit. When it was time to leave, the kids argued with their dad about not wanting to leave. Doug added this: “Those are the kind of memories that stay in my head forever and make me smile. A little common sense and good people can make ice fishing, or any weather fishing, a great experience!” 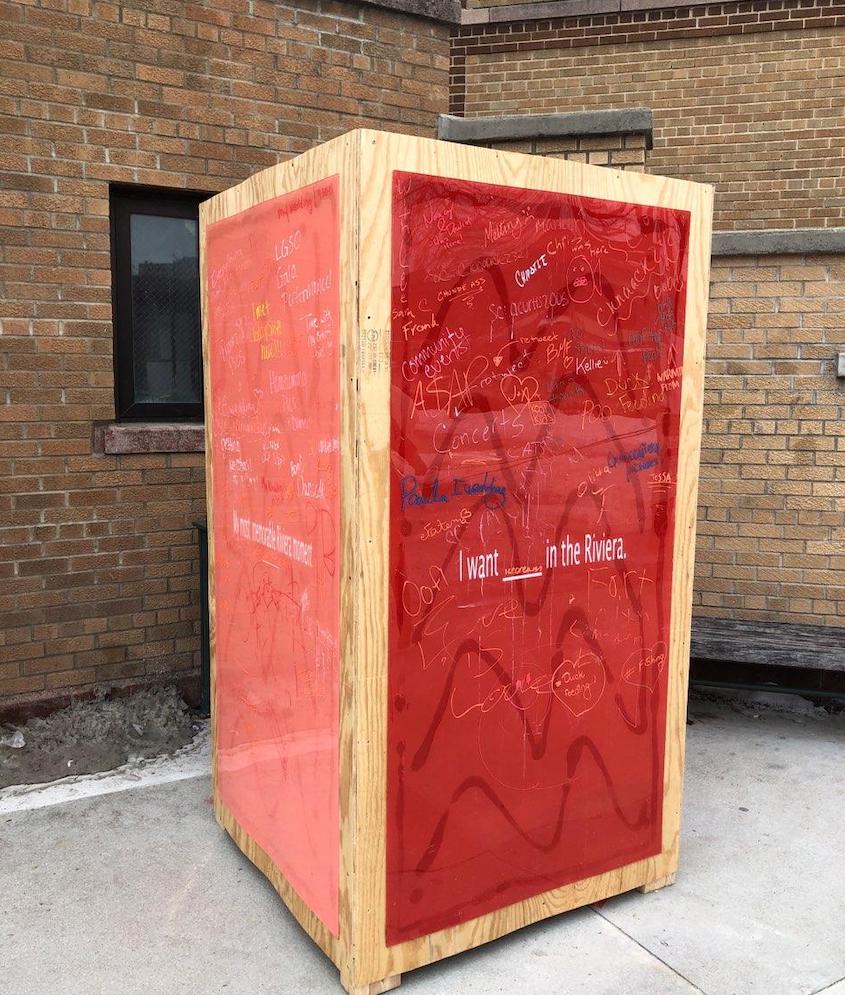 They call it the Riviera Project Kiosk? It’s really a big wooden box that everyone is invited to share fond memories and thoughts you may have regarding the future of the Riv. Fun idea and fun to read! 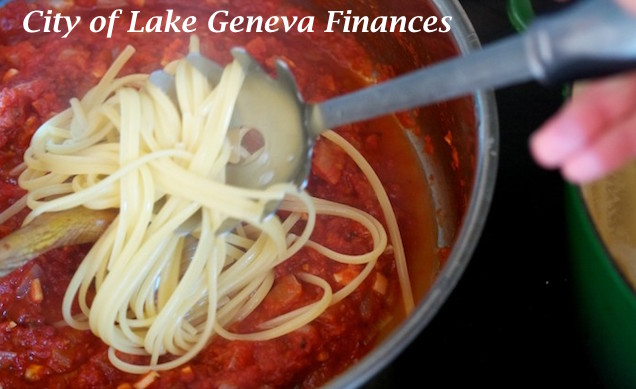 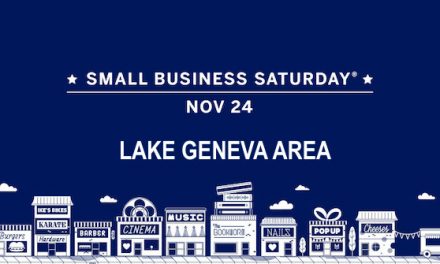