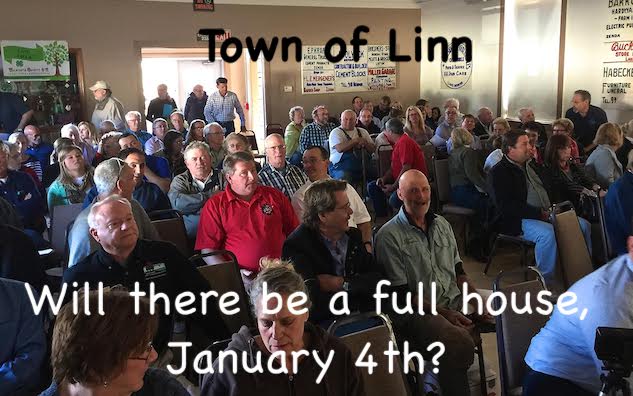 TOWN OF LINN SET TO REACT TO ITS ‘PEARL HARBOR’ MOMENT

The Fourth of January, 2021, becomes an even bigger day, as it nears, in and around the Town of Linn. That day, at precisely seven p.m., at the Town of Linn firehouse, the future of the town will be decided. That phrase, “the future of the town will be decided,” may sound dramatic but the potential for disaster looms over the town, and the cause is not the virus or any reaction to it. No, the cause is a few disgruntled and potentially mentally damaged residents of the town. They were able to figure out and take advantage of, one small arcane (but very important) part of how small-town governments in Wisconsin operate.

Once a year. One time a year each small town (villages and cities are not so entitled) in the state, has the opportunity to gather residents together and vote in ordinances, resolutions and make other changes to the town codes or even employment. They can also vote those things out, which is what happened on November 17th of 2020. The virus didn’t cause the trouble, but it might have had something to do with many residents staying home or not even bothering to check out what was going on electronically.

A small cabal of residents, assembled by two board members of the town (there are five of those), decided to organize and basically get rid of the town. Their point? Both women; Chris Jones and Kathy Leigh, felt they had a mandate to take over the town and run it. They offered up a resolution to do away with all the board’s powers until further notice. That resolution passed because there was nobody there to oppose it. When voting on an additional restricting item the city attorney indicated that there would have to be a recess and another meeting before that resolution could be acted upon. Thankfully, the meeting was dissolved, not without some dramatic bedlam, as it was also posited that in all future ‘annual town meetings’ that residents acting as electors prove their residency to be allowed to vote. The recessed meeting was called back together on the 17th of December, except everything was different at that meeting.

The big difference? Five hundred, or so, people showed up in person or by online computer presence. The matter of the previous November’s resolutions was brought up. By a vote of 173 to 10, it was approved that a following annual meeting could be held on the 4th of January to re-vote on the resolutions that were passed back in November of 2020. That meeting is about to become a reality, as the 4thof January is only now a ‘signpost up ahead’ on the calendar. Next Monday is the 4th of January. It is vital, to say the least, that the residents show up in large numbers once again, this time to vote those potentially deadly and damaging resolutions down. There has even been muted talk coming out of both Williams Bay and Lake Geneva about annexation, should the resolutions disbanding the town survive.

If the Town of Linn lost its board powers, then it would have to reapply to the county and state to be a town again. That process would likely take months. Meanwhile, there would be nothing at all to stop surrounding community entities from simply annexing the open county area formerly known as the Town of Linn. Neither Chris Jones nor Kathy Leigh has made public any kind of agenda or plank that they might offer to operate the town in a better way than has been done in the recent past. The Town of Linn is one of the most financially comfortable communities in all of Wisconsin. It has its own most excellent and decorated police force, the same for its Fire Department. Its streets are cleared of snow every winter without trouble and the condition of those streets kept in great shape. Zoning and building issues have been settled amicably and fairly over the years.

If this nearly perfect community is to be kept together and continue on as the great place it has become, then the resident ‘electors’ must show up, and show up in big numbers. The chips are down, and the hand will be dealt on the night of the 4th of January. If you are a resident, you must show up to be part of the successful conclusive response to this sneak attack. 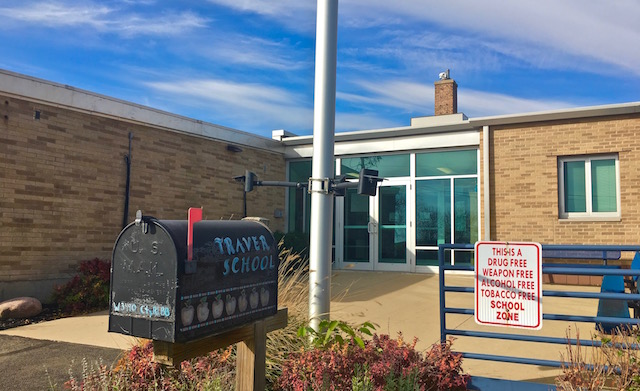 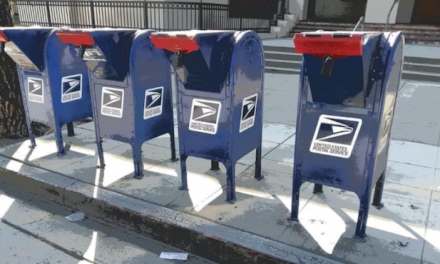