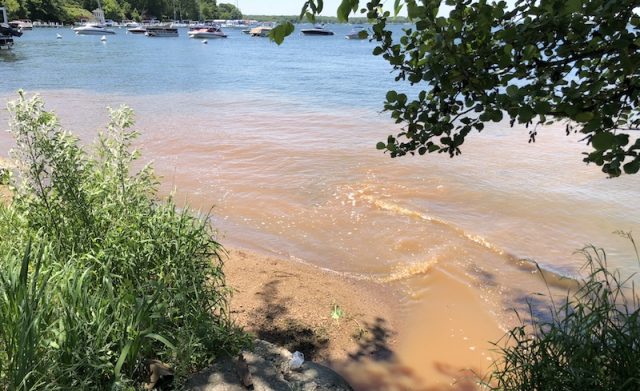 Boat ramp traffic blues in downtown Lake Geneva.
Changes were made to the management of the road (Wrigley Drive) that runs east and west in front of the entrance to the municipal pier. The changes involve the use of one single traffic cone. This orange thing has been placed in the middle of the crosswalk that runs north and south that allows people coming from Flat Iron Park to cross to the pier side. That cone is not approved by any authority or the police. It’s just placed there every weekend. The traffic moving down Wrigley cannot go around drivers waiting to turn left in order to proceed up Center Street. The traffic coming north on Wrigley is endless and does not allow left turn vehicles to cross in front. If the cars behind the left turn vehicle cannot go around (because of the cone) then traffic backs up.

Last Saturday the traffic was backed up through the intersection of Main and Broad, and then right through the new temporary stop sign at Center and Broad. If safety is the consideration allowing for this “fix” then the possibility of impaired safety up in the center of town, having so many idling cars with drivers angry and upset, should be considered. The boat ramp is in a bad place. Nobody disputes that conclusion. But the relative safety of the whole downtown traffic complex cannot be overlooked to accommodate the boat ramp trailers and trucks. 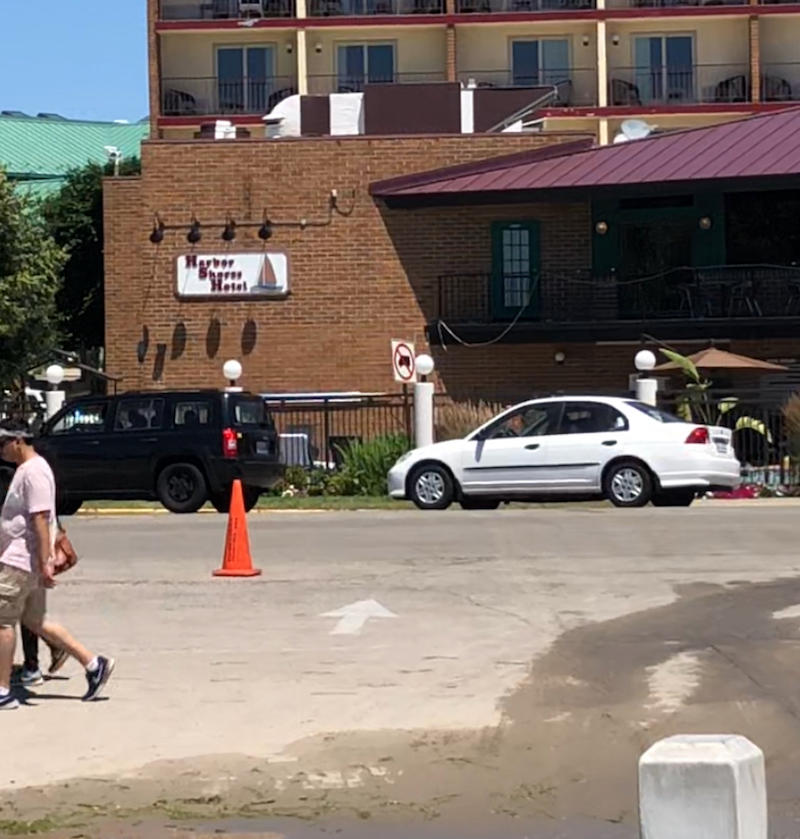 Evil orange cone plopped down by the ‘Wicked Witch of the West’ destroying the traffic complex in downtown Lake Geneva at the boat ramp.

Brown water still flowing into BigFoot Beach.
Can this “run off” get uglier? Yes, it can and did. Last week it was like somebody cleared the water a bit and then added some awful vermillion dye to it. How sickeningly quaint, for whatever process is being used to ruin the lake’s only free beach situation.

The Pacific Southwest.
The clothing shop on lower Broad Street has been closed for three years. The interior of this double-lot business has been left untended as if it is being aged to allow for the proper flavor in the filming of some post-apocalyptic movie. There is no Pacific and no Southwest in the offing. The owner of the property cannot be found. The business operator, if different from the owner, cannot be found. The city’s hands are tied. Utah Blaine, the city’s gunfighter of a city administrator, indicates that he could use his power to close the business, but the business is already closed. Looking in through the dirty windows of the place does nothing to improve the ambiance or appearance of the downtown shopping area. 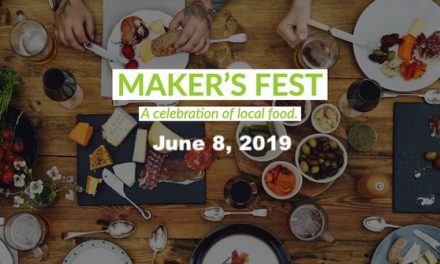 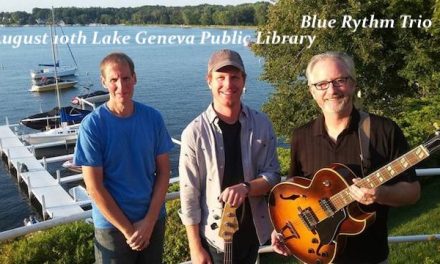 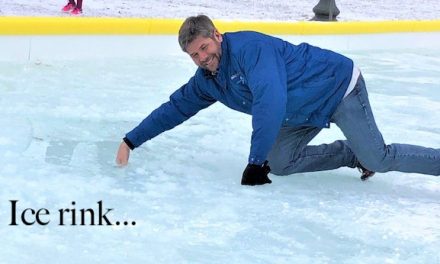