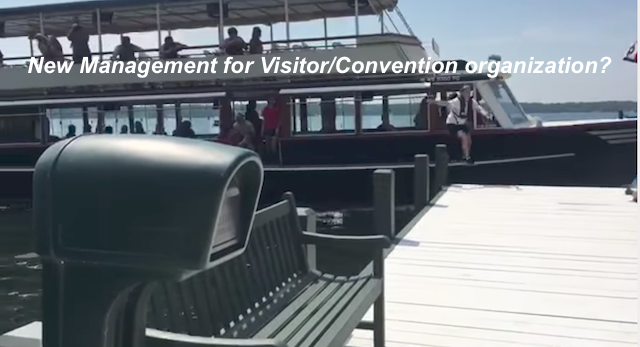 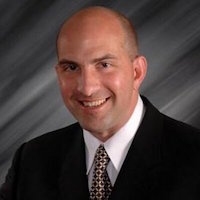 Darien Schaefer is history.
Yes, the young good-looking man who came down from the Dells to remake Lake Geneva into that image is no more. He’s headed out to California where his kind of big resort thinking will be better received and belongs. Darien took a small town chamber of little businessmen and women, and drove them out into the streets without care or concern. The money for this new chamber, now called “Visit Lake Geneva“, is properly collected with illegal and unethically collected tax money from the resorts making up a big chunk of it. Now this VC (Visitor/Convention) organization (in the sixties those letters referred to the Viet Cong) is all about how to make the resorts bigger and get more people to come and stay, and shop, and eat, and sleep in them. The town itself is needed in the room like a Christmas tree is needed in the corner of a house in that season. With Darien gone will the board of the VC hire and welcome a local person who understands the community (and the vital life-giving personality of this Geneva Lake atmosphere), or will it hold a big national contest to acquire another big national nothing of big resort toadydom?

Lisa Maynard is getting married to Billy Otto on the 19th of May down at the rotunda above the Lake Geneva Beach at 1:00 p.m. She does not want anyone to attend because she’s not built that way, in spite of how she’s performed for the GSR making video presentation. Don’t come at one or before. Don’t come after for any of the good stuff. Don’t come at all. 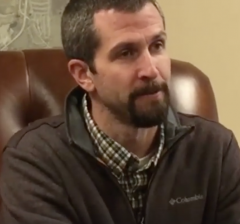 Lake Geneva’s water drains are being flushed, and some residents are growing flushed about it.
(Article by investigative reporter Lisa Maynard).
If you live on the west, or northwest end, of Lake Geneva you may have experienced some murky water coming out of your household faucets last Thursday, May 3rd. This was not from an annual hydrant flushing, although that is coming soon. Starting on May 15th, the annual hydrant maintenance and flushing begins in Lake Geneva. Check out the on-line water commission schedule for dates. As for last Thursday, the recent water quality issue has caused many residents to be upset. The flushing came with no warning, and there was nothing anyone could do. For those who managed to call before closing (4:00 p.m.) the instructions were to run all faucets on high until the water cleared. With the already high water bills, due to increases in water billing over the last year, many residents are careful with the amount they use, so running water nonstop over an extended period of time felt literally like money going down the drain. GSR reporter Lisa Maynard was able to talk to the water department. She ran her water faucets for over forty-five minutes with no improvement, before giving up.

The next day another call was made. Commissioner Josh Gajewski picked up. Josh was eager to help, and reassured her that the problem is resolvable with little or no expense to the residents. Apparently there was an issue with Alliant Energy that required water pumps to be shut off. Alliant didn’t know how long it would be before power could be turned back on. So, Josh decided to fill the Dodge Street Tower to have enough emergency water in reserve. That required that both pumps be turned on (usually only one is used at a time). The two running together stirred up a lot of sediment, leaving the water in all the homes brown. Josh also let her know that the water was safe. It only looked awful. And tasted funny. The best part of this whole situation was the effort Josh made to fix things though. Commissioner Josh Gajewski went so far as to send out workers door to door to check on the residents most affected. Who does that? Small towns who are diligent, and lucky enough to find Josh Gajewski and others like him to work on their behalf. 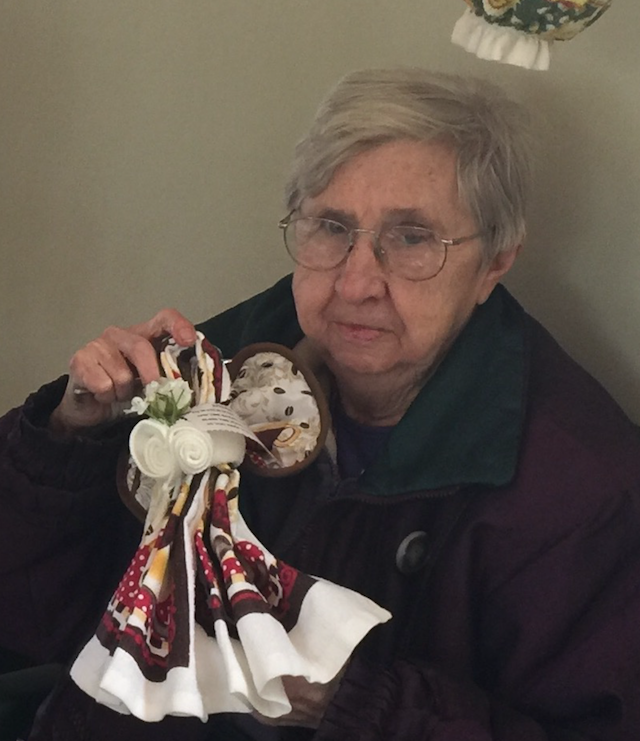 Janet Bonner, better known as the ‘Towel Lady,’ has been a part of the Lake Geneva Farmers Market since 1998. Janet is a remarkable part of the foundation of the market, and consistently turns basic kitchen towels and accessories into a works of art. Stop by and say hello, she is even more charming and attractive than her kitchen ‘miracles.’ 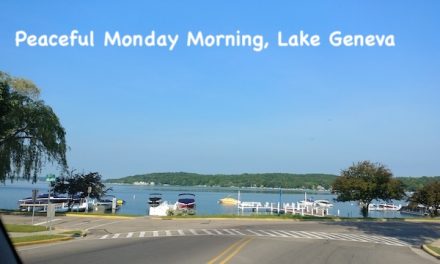 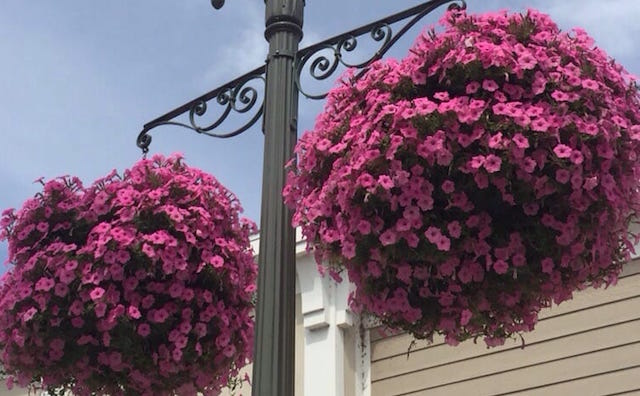