The western world plunges into the Christmas season of 2015 with the fear of terrorism, violence and harm on the edge of just about everyone’s mind. There is also a feeling, born of the Christmas spirit instilled into everyone’s genetic structure that things will eventually turn out for the best, that it is better to give than to receive, although receiving is okay too. The Christmas spirit and season are summed up by one word these days.

The root word comes out of France and it’s been around for a very long time. The root word in English means news and this word could not be more apropos for what is happening in the modern era. The world is a far better place for humans than it was a hundred years ago and certainly leaps and bounds from what it was like hundreds and thousands of years in the past.

Humans have been here for over three million years. There’s a lot of genetic material that formed and reformed over those millions of years to allow the species to survive, and yes genetic material certainly effects all animal behavior. The wild lion taken care of and fed when injured by humans cannot help turning on those humans and treating them like prey. It does not want to. It is driven by genetics. Human’s respond to one another sexually because of genetic drives. Marrying for “love” wasn’t even invented (except in the movies and in literature) before the 1800s.

What is the ‘news’ meaning of Noel, and why is it used to describe the Christmas season and the entire Christian Passion play of Christ’s existence and birth?

The supposed arrival of Christ was news two thousand years ago and it’s still news today, each and every year. A story that’s just been told is breaking news but a story retold over and over again is still news. In western cultures, as the media outlets for print, radio, television and now computers, have come online the word news has taken on a very intended sharpening of its original meaning as a revelation. That old but modified meaning has everything to do with the use of the words truth and fact. News today is synonymous with those words when, in fact and truth, it is almost nothing whatever to do with either of them.

The news of Christ’s birth is even more distant than the news everyone is watching on television in America is exposed to on a daily basis. Scientists cannot prove that the character, supposed in the Bible, to be Christ actually existed as a man thousands of years ago. Herod was a real Roman Consul and the Calvary exists to this day as a mountain, but almost everything else about Christ’s existence, life, beliefs and even death are facts and truths taken from a book written by uneducated characters who assembled a book about what they believed.

The news of today, although not as uplifting by any means, as the news of Christ’s arrival and the institution of a benevolent, compassionate and caring God, with organization created to support such belief, is, for the most part, almost as conjectural when it comes to close examination. When humans are called upon, in general, to bear witness to circumstance or to create circumstance wherein human’s survival strategy is improved then humans tend almost invariably to slant the witnessing to favor that survival strategy. Survival strategies among humans trying to get along together on planet earth or almost always entirely denied unless they are held in common where the survival of the witness to circumstance is slaved to the survival of others around. Nobody in any culture likes the word lie, at least not when it is applied to them. Lies are not really lies or untruths. In fact truth has little to do with anything other than existing to be the object of deception. When survival strategies are in parallel (humans are doing something mutually supportive to survive) then there are no lies. When survival strategies are in conflict the lines of survival cross and these conflicts, when expressed in written or oral ways, are called lies. This is axiomatic rolling series of conditions is easy to test. Take a quick review of the last few day’s news.

The news is all about what happened in San Bernardino, California where an employee and his wife went to a Christmas party held by the employer and shot up a room full of people. Were they dumb enough to think they could run away and escape retribution? Since they were both Muslims it is easier to think that they ascribed to a suicide charter and went out that way, even though they ran and then fought it out with police in a heated gun battle afterward. Consider the presidential election coming, only eleven months away. Prior to this event the three leading Republican candidates, whom none of the Republican Party leaders like, were taking the party on a wild ride to hilariously ridiculous extinction. Those three candidates, and in particular those candidates not polling well but seen as much more acceptable to the Republican Party leadership and with obviously cooler heads, now have a cause with which to lambast sitting President Obama and Hilary Clinton with. Note that the public and the press were recently let into the apartment rented by the killing couple. Note that the entire Republican message has been turned to a Democratic weakness in handling terrorism. Now the FBI comes out with terrorism as the cause. Every conservative organization chimes in with the same message and Voila!

Is it not so much less painful to believe the “news” of Christ’s birth and the entire philosophy expressed by those uneducated followers he supposedly gathered around him than take in this kind of “news” from modern media? Neither the news of today or the news of yesterday has much of anything to do with anything other than the survival strategies of humankind. Which message is the more palatable? That depends upon what you believe. Some people are able to accommodate both handily, like those who ardently support right to life causes while assuring that once the life springs forth on this planet that it gets no support from them whatever.

Some have ‘re-interpreted’ the 6th Commandment, which reads “Thou Shall Not Kill” into thou shall no murder, thereby accommodating state ordered executions and war deaths, et al from being causal in determining eternal damnation. Survival strategies. Humans all have them but they are not to be discussed. The message of the New Testament is wonderful whether the news of Christ is real or not.

Go with the message. 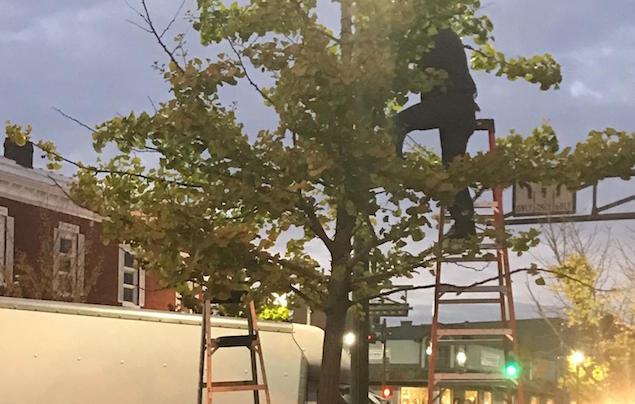