Even when the result may be a kick in the teeth, you sometimes have to admire a great manipulator. A virtuoso puppet-master who holds all the strings and knows exactly when and how to pull them, is a fascinating character to watch. Whether it’s a natural or an acquired talent, it’s like watching the famous illusionist Uri Geller or the magician Houdini; you know you’re being conned, fooled and manipulated, but don’t quite know how it’s done. 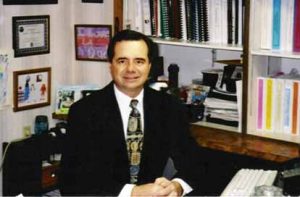 The latest demonstration of Lake Geneva illusionary performance was on Thursday night the fourteenth of May at the public works Meeting. In a modest tone and mild demeanor Dan Winkler, the most powerful performing Lake Geneva employee started the meeting with an incredibly impressive menu of his own self-described accomplishments for the past month. Those included everything from putting the finishing touches on the Bunk Pavilion to quite possibly staving off the effects of global warming in Lake Geneva.

Lake Geneva Alderman and Public Works Committee Chairman, Bob Kordus, re-introduced the questionable South Lakeshore Drive Shore erosion problem. Kordus, dancing to the tune of his puppet-master Winkler, proposed a brand new Machiavellian solution to taking care of South Lake Shore Drive, as it runs through the BigFoot Park anecdotally referred to as Paradise Drive. The draconian idea was of simply abandoning the road entirely.   Fellow draconian alderperson Hedlund first mentioned the possibility of merely killing off the road before building another during earlier TIF proposal discussions. Dan Winkler, Lake Geneva’s highest paid “man behind the curtain,” then pulled a single “confusion puppet string, causing Alderman Hedlund to ask him if the City did, in fact, have the power to relinquish responsibility for the road along Big Foot Beach or could the city let the State of Wisconsin and the Town of Linn take over its care and maintenance responsibilities.

Winkler, without a single wink or even a blink, then explained that all the land under the road belongs to the state. Lake Geneva’s Clark Gable without so much as a moustache inferred that the City of Lake Geneva really holds no responsibility for the road bank and shoulder the road surface is built on, just the actual road itself. In legal reality, of course, it’s the city’s responsibility to care for the road thirty-three feet from the centerline on each side of the road and no, not according to law, the city can’t simply decide it doesn’t want any of the land under the road any longer. The Town of Linn, along with the State of Wisconsin and County of Walworth purchased the property for Big Foot State Park back in October of 1949. The City of Lake Geneva saw fit to annex the park area and that annexation included the road through the park. The State of Wisconsin maintained the road responsible but then reverted responsibility back to the City of Lake Geneva when the Hwy 120 Bypass was completed.

Magician and highly paid puppet master Winkler is smarting and angry. His pet project, made to seem like the DNR’s pet project, got the axe. It was given the axe by Town of Linn and all the people who showed up at any meeting dealing with the horrid BigFoot road re-route or anything to do with paving over most of the park to put in a boat ramp. What’s going on now? Dan is waiting for the TIF to close so he can use the portion of unused TIF funds being given back to the city. Dan still expects to move the boat launch and reroute South Lake Shore Drive, but he just has to wait for the city to close to have enough TIF money available to proceed without anyone else’s assistance. The good news is that, after dissing Jim Weiss, Chairman of Town of Linn’s board, by not even allowing the brilliant experienced man to interview for the open job of Lake Geneva City Administrator, Jim’s sitting out there waiting while honing a beautifully crafted axe edge to razor-sharp perfection.

They didn’t bring in traveling gunslinger Utah Blaine as the new city administrator of Lake Geneva for no reason at all. He’s just out of settling the range war over in Rhinelander and getting ready to help out the stealthy unseen but all to pervasive forces of deliberate (but highly profitable) ignorance attempting to be put into play around Lake Geneva. 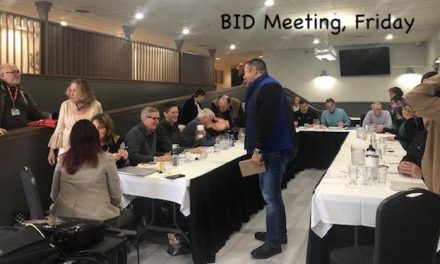